The best thing about Sports is that at the end you usually have defined, measurable proof that you’ve bested someone. The same can be said of the Super Bowl, but when it comes to measuring Super Bowl ads, it gets a bit trickier.

I’ve seen the ads, I’ve watched the conversations and have compiled this year’s list of Super Bowls Winners and Losers.

We could start with the winners but where’s the fun in that? For some of these companies this is going to be their most expensive lesson of the year.

Before Super Bowl LI, there wasn’t a single thing I would want Morgan Freeman to read to me. Congrats Turkish Airlines, you proved me wrong. This is the most boring ad ever, how do you have the man whose played God TWICE and still fail? I’ll pass, thanks for the offer though TA.

I’m a big fan of innovation in marketing so when I heard they’d be deploying the world’s first live commercial I was so excited. Snickers should change it’s slogan to Excited? Why wait. That’s quite possibly the laziest idea ever; to do something wrong on purpose. I’d rather they have pre-recorded this ad then they would’ve made this list just because it was a bad ad, not because I’m disappointed in them.

Remember that bad press AirBnB was getting for two years? Long enough for NoirBnB to launch to specifically service their offended customers? This ad is about two years too late. Thanks for preaching inclusion and not changing any policy. Next.

The best thing about this Sprite ad when it originally aired (six months ago) was that Lil Yachty was in it. When this ad first came out (27 weeks ago) it was impressive, it deployed on Twitter and everyone was so impressed at the rapper and LeBron “refusing” to sell Sprite. It’s like some of the brands are in a race for laziest idea and they’re all winning. If you’re going to buy expensive ad space, make a worthy ad as well!

Verizon
You’re probably thinking you missed the Verizon ad, but you didn’t. Verizon loses because they got absolutely owned by T-Mobile and Sprint. Not only were the T-Mobile and Sprint ads funny, timely and cost saving, but Verizon added fuel to the fire by trying to defend themselves with the below cringeworthy tweet: 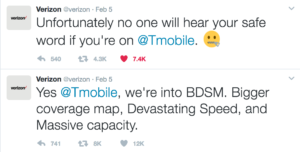 Let’s move on to the winning brands, what did they do right? There were two big themes among the winners, comedy and human interest. Being able to make people laugh and cry is key, watch how these companies brought it to life below.

Laughter truly is the best medicine, especially when it comes to getting people to remember your name come purchase time. Mr. Clean memes ruled Twitter for the night with the new Sexy Mr. Clean becoming every lady’s fantasy and every guy’s #Goals instantly. You can’t buy that kind of promotion, well you can and apparently it comes at a great price.

The above ads are a reminder that we still care about each other. Audi’s commitment to gender equality is refreshing to me,. There is real power in companies admitting there is a problem, sometimes I feel crazy fighting the issues I see every day, having an ally in a Fortune 500 company is a great start.

That being said, like everyone born south of Albany, NY I wanted the Falcons to win and I blame Matt Ryan for costing them the game. Tom Brady is going to be insufferable with 5 rings. Don’t believe me? Take a look at this caption: 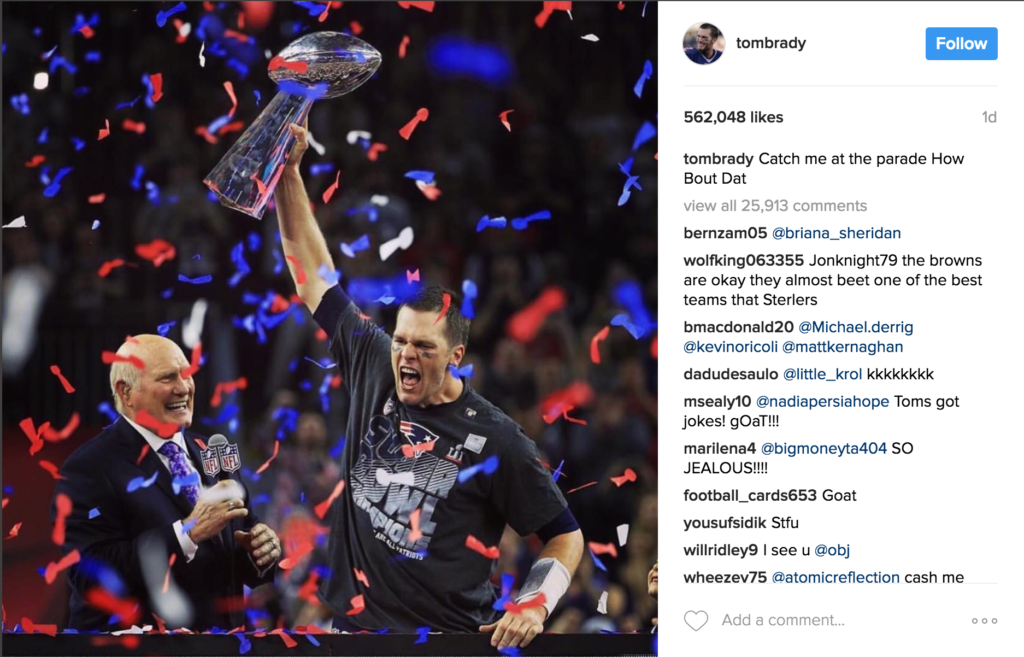 Until I write again,
@_ThreeStacks